CNN media correspondent Brian Stelter is having an identity crisis. While on the one hand he claims to be a vehement supporter of free speech, Stelter is now gushing with glee over the censorship and removal of Alex Jones and his InfoWars channel from the social media-sphere.

Controversy recently arose around this issue when Stelter was caught stalking Alex Jones on Periscope. A screenshot of Stelter commenting on a live InfoWars video stream from his official account revealed that his support for free speech stops precisely where those who disagree with him decide to exercise it. Stelter wrote:

“It’s surprising how small the audience is here. Only 3,000 people watching. As Trump might say: Sad!”

Stelter’s apparent aim with this insult was to mock Alex Jones and InfoWars for not having very many watchers or followers – an ironic implication coming from someone who works for CNN, which recent Nielsen Media Research data shows is now less popular during primetime than the History Channel’s Ancient Aliens program.

It’s our guess that Stelter didn’t really think that anybody would take notice of his comment on Periscope, and that he would simply laugh about it to himself and move on. But folks did take notice, including The Daily Caller journalist Ian Miles Cheong who wrote on Twitter:

“Hey Brian, were you in the Periscope chat earlier? Someone using your name posted this,” followed by a link to a screenshot of Stelter’s Periscope comment.

Breitbart was able to verify that the comment was, in fact, made by Stelter, and not an impostor account. But Stelter has yet to address his glaring hypocrisy on free speech, which in his mind apparently only applies to people like himself who hold similar political views. Alex Jones and others who think like or support him, however, are apparently open game for censorship.

Check out one of the latest InfoWars videos about Alex Jones’ removal from social media at REAL.video.

Classic liberalism is all about securing the freedom of the individual – so what happened?

It’s quite the about-face for liberals, who at one time in the not-so-distant past were the quintessential champions of free speech for all. This is the essence of classical liberalism, anyway, which seems to be a far cry from the neo-liberal fascism embodied by mdoern libtards like Stelter who apparently have no qualms about trampling the rights of others who think differently from themselves.

The underlying philosophy behind classical liberalism is centered around “securing the freedom of the individual by limiting the power of the government.”

“It advocates civil liberties with a limited government under the rule of law, private property, and belief in laissez-faire economic policy,” explains ScienceDaily.com. “It drew on a psychological understanding of individual liberty, the contradictory theories of natural law and utilitarianism, and a belief in progress.”

Interestingly enough, this philosophy more closely resembles that of true conservatism, and stands diametrically opposed to the modern liberal doctrine of government control at all costs. In the case of Alex Jones’ censorship, liberals are openly celebrating this apparent merging of government with Big Tech, also known as fascism, because it’s silencing their opposition.

This shows that modern-day liberals are actually tyrants in very loose disguise, who chomp at the bit for an opportunity to persecute their political opponents. Brian Stelter sure has outed himself as one, as have many others in recent years following the election of Donald Trump as President.

“As Breitbart News’ Ben Kew pointed out, Stelter once argued that freedom of speech should apply on social media platforms,” writes Allum Bokhari for Breitbart. “It seems he and his far-left network have changed their view.”

To keep up with the latest news on leftist persecution of the right, be sure to check out LiberalMob.com. 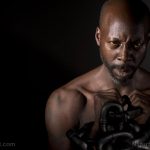 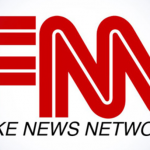 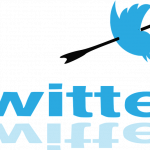 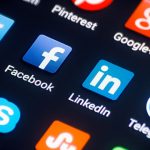